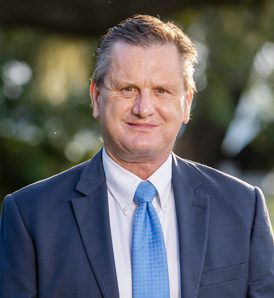 Sen. Tom Davis has lived in Beaufort, South Carolina, since 1985, practicing law at the firm of Harvey & Battey, P.A. He is the senior member of the firm’s real estate department.

Among the bills that Sen. Davis authored and which were signed into law by the governor during his tenure in the South Carolina Senate are:

Act 28 of 2011, which mandated state agencies’ disclosure of federal matching funds
Act 191 of 2014, which enabled competition in private markets for wind insurance
Act 194 of 2014, which legalized social games of chance like poker and bridge
Act 221 of 2014, which legalized the consumption of cannabis oil by those with epilepsy
Act 22 of 2015, which authorized expungement of one-time, non-violent juvenile crimes
Act 186 of 2018, which facilitated the creation of state-chartered credit unions
Act 234 of 2018, which expanded nurse practitioners’ scope of practice
Act 162 of 2018, which created a cause of action against companies that defraud seniors
Act 62 of 2019, which subjected utilities to competition and promoted renewable energy
Act 32 of 2019, which expanded physician’s assistants’ scope of practice