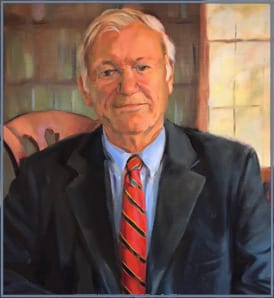 Brantley was elected to the South Carolina House of Representatives in 1958 and served in that body for sixteen years until 1974. He was elected and served as Lieutenant Governor from 1975­1978. He subsequently was named member and Vice-Chairman of the SC Commission of Parks, Recreation and Tourism. He also served as the Commissioner of the SC Department of Transportation and as a member of the Board of the South Carolina Technical College.

As a member of the House of Representatives, Brantley played a major role in acquiring the Beaufort campus of USC and in establishing the Technical College of the Lowcountry as one of the state’s sixteen technical colleges. He was instrumental in establishing the Beaufort Higher Education Commission which partnered with the University in helping to establish USC Beaufort. Along with his wife, Helen, he helped obtain four-year degree granting status for USCB and also helped establish the New River Campus, now referred to as USCB Bluffton.

Brantley worked diligently as a member of the House of Representatives and later as Commissioner of SCDOT to improve the quality of transportation in Beaufort County. During this time, the Hilton Head bridge was freed of toll and the Fripp Island bridge was constructed and freed of toll. He was instrumental in obtaining the funding, approval and construction of the Hilton Head Cross-Island Parkway. He supported and assisted the four-Laning of US Highway 21 and US Highway 278. He served as the organizing chairman of the Beaufort County Transportation Committee for almost eight years, carrying out the responsibility for spending the state gasoline tax fund to improve and pave secondary roads (mostly dirt) throughout Beaufort County. He also served as co-chairman of the committee at the forefront of passing the one cent additional sales tax to provide the County’s portion of funding for four-Laning of SC Highway 170 from Bluffton to Beaufort.

Brantley served on the Board of the Beaufort Marine Institute and, for a period, as its Chairman. He held a leadership position with the Coastal Carolina Council of the Boy Scouts of America, for which he was awarded the Distinguished Service to Boyhood award. He was a founding member of the Beaufort County Industrial Park; and served as the organizing chairman of the Yemassee Industrial Park, officially known as Beaufort County Development Corporation. Over the years, he has been a participating member of the Chamber of Commerce; the United Way; the Historic Beaufort Foundation; the Beaufort Orchestra (as a violinist); Beaufort Performing Arts Center; the Salvation Army; and Beaufort Rotary Club. He and Helen support and regularly attend Beaufort’s First Presbyterian Church in which he was ordained and served as an Elder.

Brantley Harvey has lived to serve his family, friends, fellow citizens, community and state. He stands tall as a self-effacing model of a dedicated man who has been eminently successful in myriad responsibilities, giving added credence to the adage that a difficult job always should be given to a busy man.